No country is immune from it. Greenhouse gas emissions are more than 50 percent higher than it was in 1990, and global warming is causing long-lasting changes to our climate system which threatens irreversible consequences if we do not act. Cooperatives for Climate Action was chosen as this year's theme to address this, and to support Sustainable Development Goal (SDG) 13 on Climate Action. Climate change severely impacts people’s livelihoods around the world, especially the most disadvantaged groups such as small-scale farmers, women, youth, indigenous peoples and ethnic minorities, who have to cope with extreme natural disasters and degradation of natural resources. This year we focus on the contribution of cooperatives to combating climate change.

Read on to see what cooperatives continue to do fight climate change! #Coops4ClimateAction 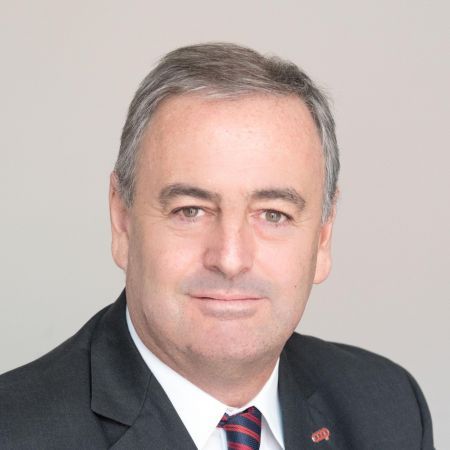 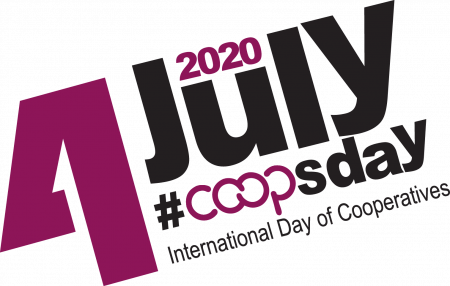 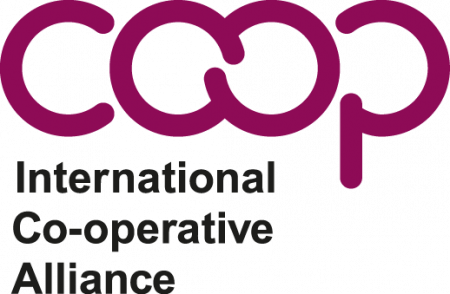 INTERACTIVE MAP: A JOURNEY TO ACTION

Help us tell your story and get it included on this map. How have you helped our planet? What are you doing to act against climate change? Did your cooperative launch a campaign to plant trees in your community? Did you help a school create a recycling project? Tell us your story in 800 words or less. Don’t forget to also include any events that are happening in the virtual digital space like fundraisers, talks, and awareness events. Send an email to tom@identity.coop with the name of your organisation and a complete address so we can accurately place it on the map. Describe any initiative or event you're organising or participating in to battle climate change. And please also send us pictures and social media/website links.

The winners for this year's inaugural photo competition are:

Middlebury Natural Food Cooperative from Vermont, USA.  In this photo (left), employees are posing with a few items they proudly reuse to reduce the volume in the waste stream. This food cooperative also actively engages its members to meet their zero waste goals.

Centrosoyuz of Russia. Their winning photo illustrates students in their cooperative institutions who often take the initiative to protect their fragile ecosystems.

“In 10 years I hope that cooperatives around the world will lead the way to a fair and just energy transition because equity is in our DNA…I am more convinced than ever that cooperatives will play a key role in meeting today’s and tomorrow’s aspirations” - Pauline D’Amboise, Desjardins

“Union Coop hopes from cooperatives all over the world and the International Cooperative Alliance to intensify its efforts during the next decade to reduce the issues of desertification, water scarcity and misuse of natural resources to avoid potential humanitarian and environmental disasters” - Union Coop, United Arab Emirates

The concentration of carbon dioxide in our atmosphere as of 2018, is the highest it has been in 3 million years. Since 1990, global emissions of CO2 has increased by almost 50%.

Eleven percent of all global greenhouse gas emissions caused by humans are caused by deforestation — comparable to the emissions from all of the cars and trucks on the planet.

800 million people, or 11% of the world’s population is currently vulnerable to climate change impacts such as droughts, floods, heat waves, extreme weather events and sea-level rise.

UIREVI, a cooperative union in Cote d’Ivoire made up of 42 co-ops, is creating community forests with the people living in rural areas to help restore a third of its lost forest cover.

Rede CataSampa, a network of 22 cooperatives and associations of workers in Brazil who collect recyleable waste, reduce the volume of waste in landfills by 500,000 kg per month by turning these materials into biodiesel and other usable products.

The Swedish Cooperative Union, a federation of 48 consumer cooperatives that accounts for 21.4 percent of the entire Swedish grocery retail sector, reduced its greenhouse gas emissions by 52 percent between 2008-2012. How? They prioritized the improvement of energy efficiency and reduction of energy consumption in the group’s operations.

Cooperatives are already leading the way to battle climate change. Read more about cooperatives contributions to SDG 13 goals in "Transforming Our World: A Cooperative 2030" a brief produced by the Committee for the Promotion and Advancement of Cooperatives (COPAC).

About the International Day of Cooperatives

The United Nations International Day of Cooperatives is celebrated annually on the first Saturday of July to increase awareness on cooperatives and highlight the complementary goals, objectives and contributions of the United Nations and the international cooperative movement. In 1992, following a concerted lobbying effort by the cooperative members of the ICA and Committee for the Promotion and Advancement of Cooperatives (COPAC) members, the United Nations General Assembly proclaimed the first Saturday of July 1995 to be International Day of Cooperatives, marking the centenary of the establishment of the Alliance, by resolution 47/90 of 16 December 1992. Each year the theme for this event is set through COPAC, a multi-stakeholder partnership of global public and private institutions that champions and supports people-centred and self-sustaining cooperative enterprises as leaders in sustainable development.

The International Cooperative Alliance seeks an…

The ICA welcomed a…

On the 19 December, Indonesian members passed the baton…

More news
On this page